It’s always really exciting when we get the first forced Yorkshire rhubarb in. It’s like a little glimmer of light that the spring will be next! And on a year when winter has hung around longer than it’s welcome and everything is going to be arriving late onto our shelves, we have really welcomed something sweet and new to tide us over! Although this uses the forced rhubarb this recipe can be used all through the season, with the outdoor spring and summer grown rhubarb also.

I made a nutty ginger granola to top the crumble, because I like the texture contrast of the crunchy nuts, the chewy Granola and the soft rhubarb, all drenched in creamy custard. And who doesn’t like ginger and rhubarb together. This recipe contains a bit of sour, a lot of sweet and a nice warmth from the ginger, it’s like a great big hug in a bowl! 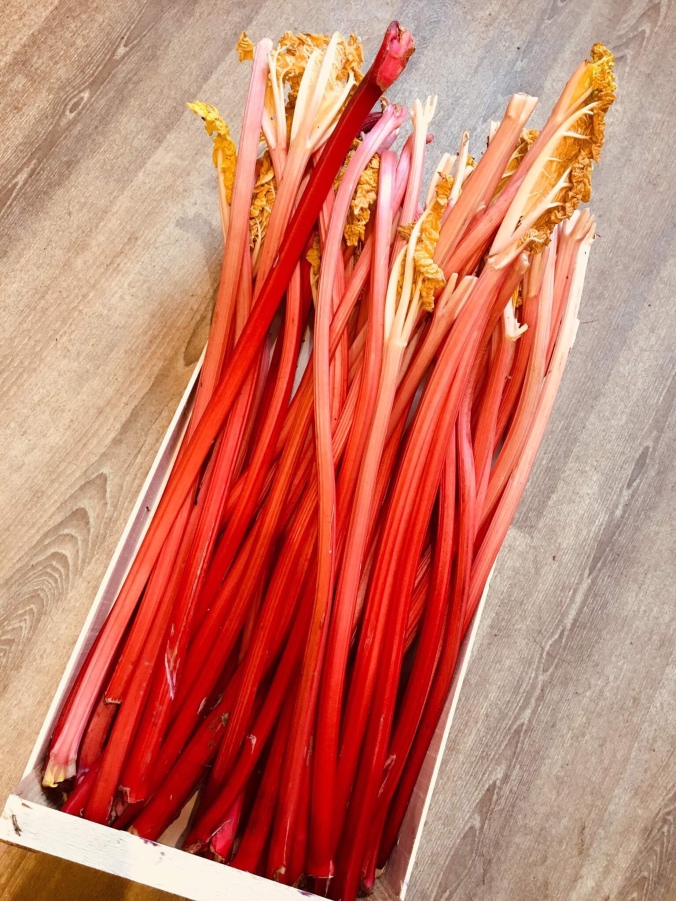 I’m also giving away here my fresh custard recipe. This recipe has been with me for YEARS, without changing. I used to make it in our pub kitchen, and it has wowed many a dinner party ever since. And definitely pleased the husband! He’s a big fan! 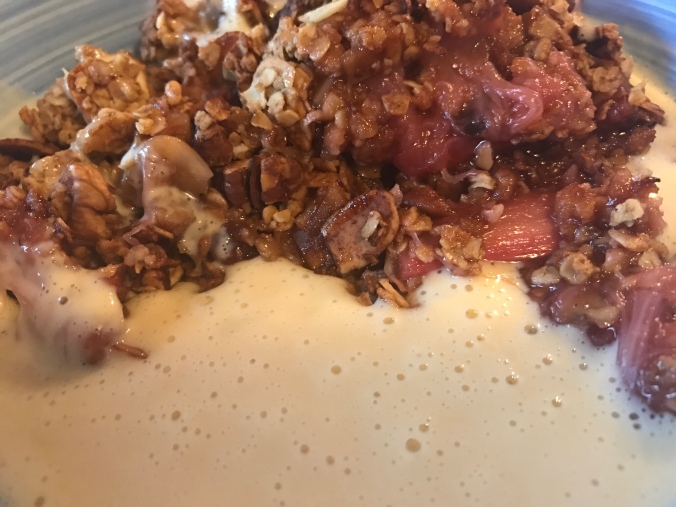 How to make it into an amazing dessert:

Firstly in a large pan place the rhubarb stalks cut into pieces around 1-2 inches long. Add a drop of water (2-3 tbsp) and the brown sugar. Put the pan to a medium heat and cover. Leave to stew, shake the pan occasionally until the rhubarb is soft and some of the stalks have just started to break up and go stringy. Set to one side. 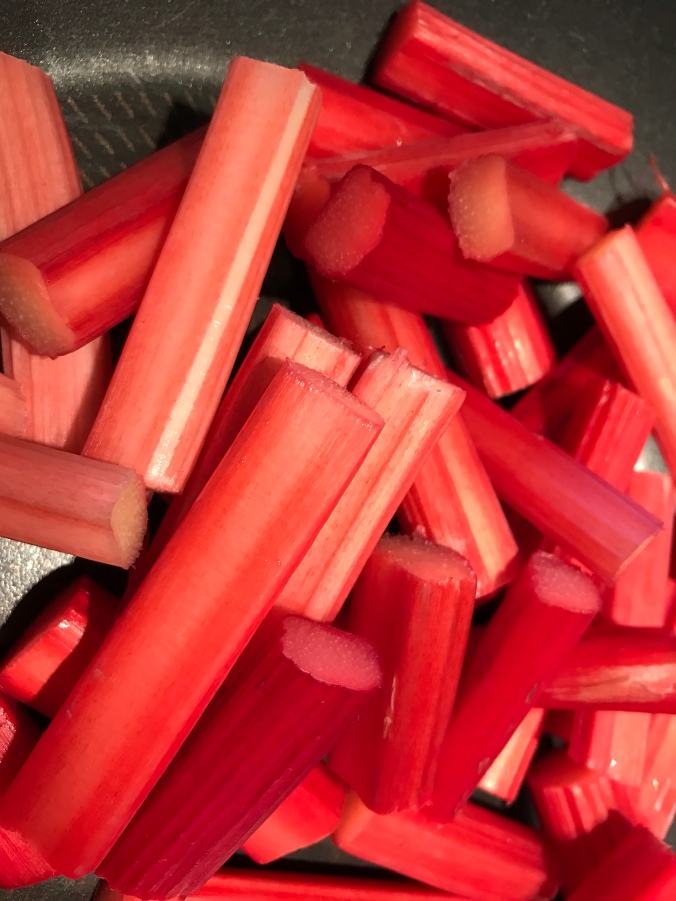 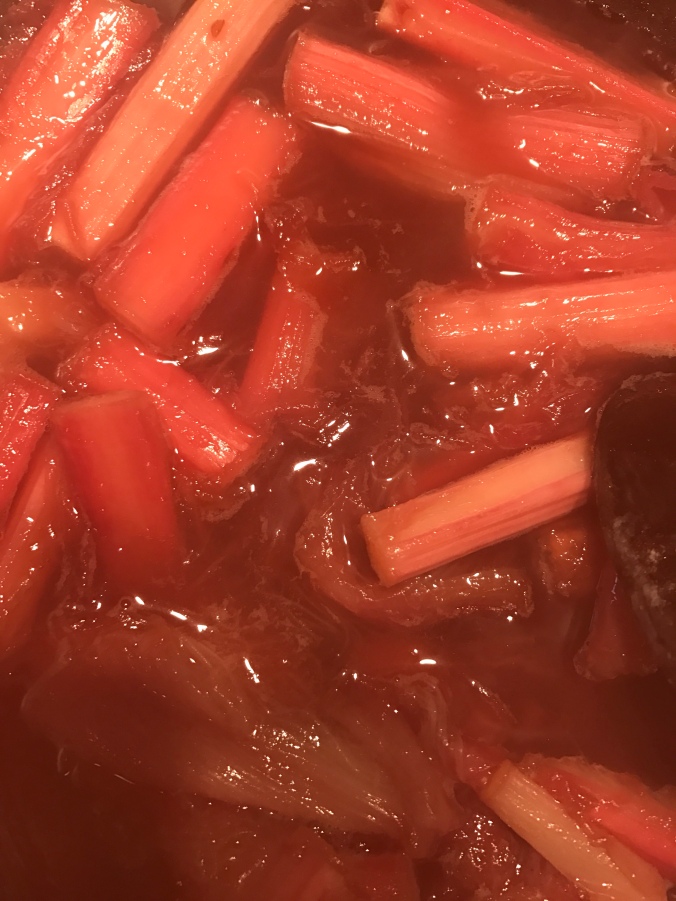 Preheat the oven to 180oc. In a large bowl mix the oats, chopped nuts and ground ginger, and give it a good stir. In a saucepan over a high heat add the coconut oil and honey and heat until completely liquid. Tip over the oats and nuts and stir to combine it all together. Press the mixture into an oven tin, lined with baking paper (I use a brownie pan), and put in the oven for 10 minutes or until golden brown on top and firm to touch. Set the Granola aside to cool slightly. 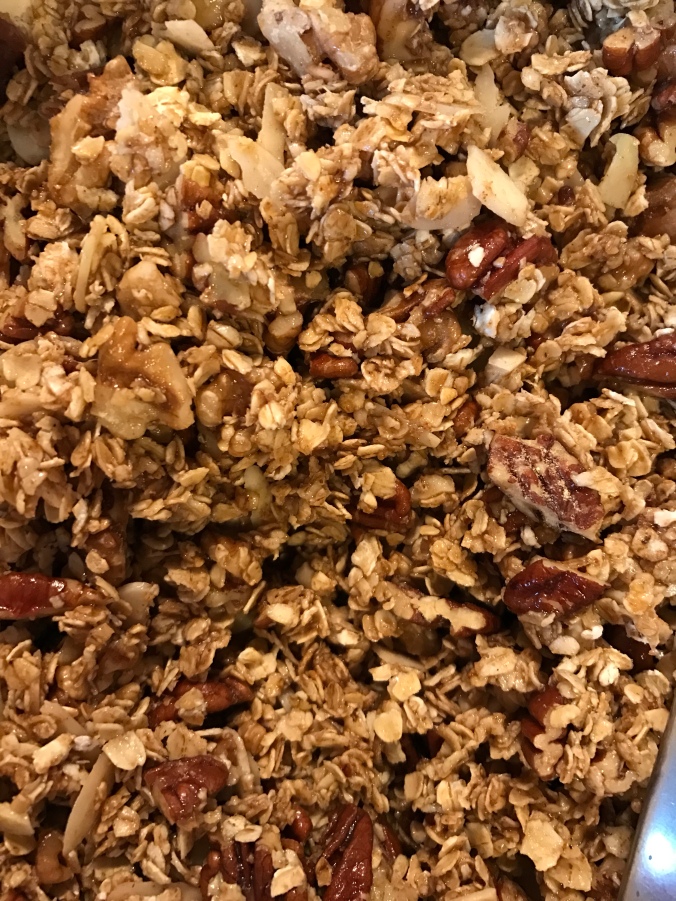 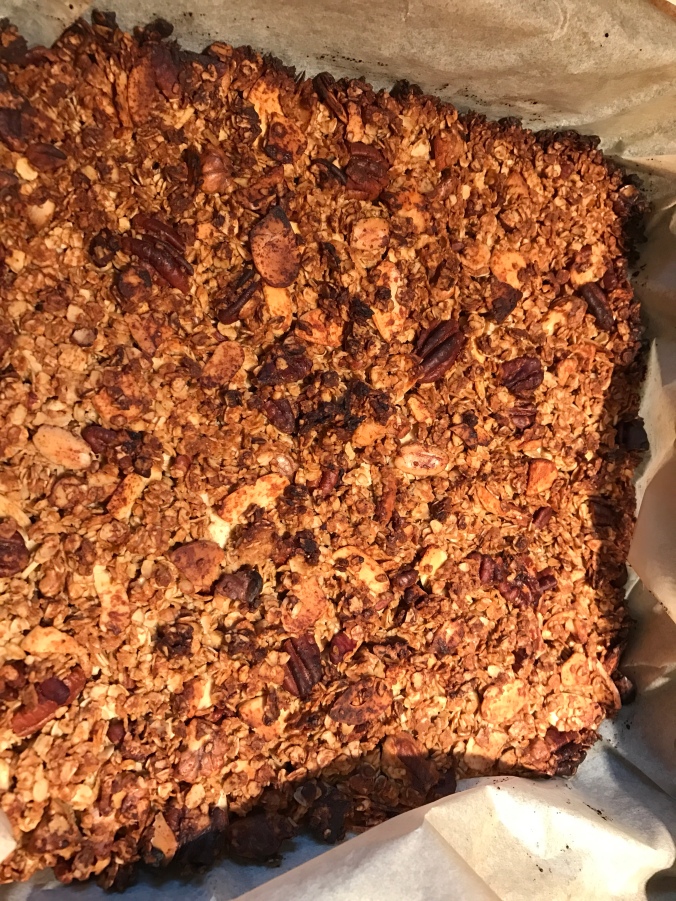 In an oven proof dish, put the cooked rhubarb in the bottom. If a lot of liquid has cooked out, and it looks like it will make the crumble soggy, some of this juice can be reserved and used as a nice ice cream sauce for another day. If it’s not too liquid, add it all to the crumble bowl. Loosely break up the Granola and cover the rhubarb. Put back into the oven for a few minutes so it can all combine.

While the crumble has been returned to the oven, make the custard. In a large pan, put the milk, cream and vanilla and heat (medium heat) until warm and steaming but not boiling. In a separate heat proof bowl whisk together the egg yolk, cornflour and sugar until creamy. Tip the hot milk mixture slowly over the egg yolk mixture, whisking to incorporate as you tip. When it’s all combined, tip it all back into the pan and continue to heat. Stir continuously so it doesn’t stick. The custard need to be heated until it thickens, is steaming well but take it off the heat before it starts to boil. If it boils it may curdle. When it’s steaming well and thick, tip into a cool clean bowl. 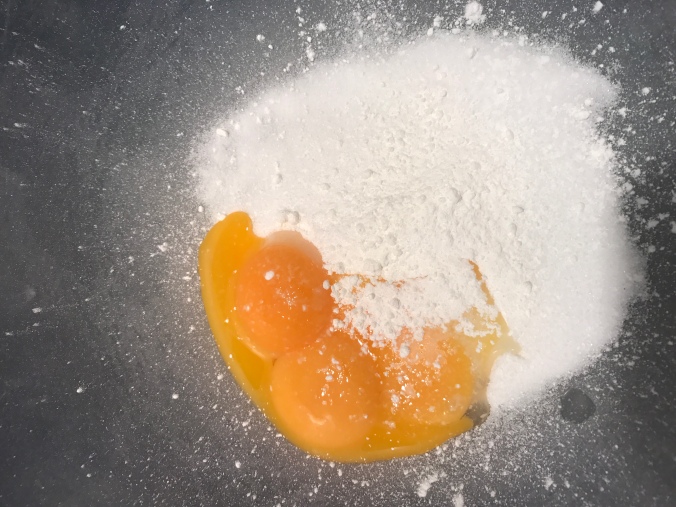 5. The art of devouring.

Remove the crumble from the oven and serve hot with lashings of fresh custard. Stumble barrel like away from the table and decide you need to sit in a comfy chair to fully get the benefit! Next decide you probably don’t need to eat again for another week.